The exact definition of the term “reckless driving” depends on the state in which you’re driving in. For example, in Wisconsin, the statutes involving reckless driving refer to it as the “negligent operation of a motor vehicle” that endangers the safety of others or causes bodily harm. In Minnesota, reckless driving is a person who drives a motor vehicle or light rail vehicle while disregarding a substantial and unjustifiable risk to others or their property. If you were injured by a reckless driver, you can obtain compensation for the monetary expenses you have incurred because of your injury, as well as the impacts your injury has had on your quality of life, through a car accident lawsuit. Contact the experienced car accident lawyers at Nicolet Law for a free consultation.

Street racing is enough of a concern that some states (like Minnesota) specifically mention this driving behavior in reckless driving statutes. Recently, police reported that street racing has become an issue, where groups of racers have organized races on social media and also coordinate to move their activity to other areas as soon as they get word that police are on their way to the area.

According to the National Highway Traffic Safety Administration (NHTSA), approximately 30 people in the U.S. die each day from drunk driving. The deaths and damages related to drunk driving in the U.S. account for an estimated $44 billion each year in costs to society.Alcohol impairment creates deficits in the skills needed for safe driving. Contrary to popular belief, individuals don’t begin to experience the deficits when they reach the legal impairment limit for driving of 0.08 grams of alcohol per deciliter of blood.Instead, the deficits begin appearing with the first drink and become more pronounced as the individual continues to drink.Some of the common deficits that drivers experience because of alcohol include:

Driving a few miles over the speed limit is generally considered a minor traffic infraction, not a reckless driving case. However, if a driver is traveling many miles over the speed limit, it most certainly can be considered a negligent operation of a motor vehicle that places others at a substantial and unjustifiable risk of great bodily harm. More than 9,000 people in the U.S. die each year in speeding-related accidents, and excessive speed is the leading factor in fatal car accidents.Speeding creates hazards for drivers and others on the roadway, including:

Aggressive driving is defined as a “combination of moving traffic offenses to endanger other persons or property.“Some of the common but dangerous offenses committed by aggressive drivers include:

Many of these behaviors, on their own, may not constitute reckless driving under state laws. However, as the definition of aggressive driving states, driving aggressively involves a combination of behavior, which taken together could constitute reckless driving.Individuals often use the terms “aggressive driving” and “road rage” interchangeably. They are actually different behaviors, however. Aggressive driving refers to a series of moving traffic violations that are generally committed for the driver to get through areas of traffic congestion. However, road rage refers to moving traffic violations that are committed for the specific purpose of endangering someone’s safety to “punish” another driver.Some common road rage behaviors include:

According to a study on road rage conducted by AAA:

The Dangers of Driving Recklessly

Reckless driving not only puts a driver at risk of legal and financial consequences, but also puts others on the road at risk of becoming injured or even killed due to a traffic-related accident.Here is a brief look at some accidents that can constitute reckless driving:

If You Were Injured by a Reckless Driver, Call a Car Accident Lawyer

If you were injured by a reckless driver, you can obtain compensation for the monetary expenses you have incurred because of your injury, as well as the impacts your injury has had on your quality of life, through a car accident lawsuit. This legal claim in civil court seeks to prove who was liable for the accident and show the expenses and the impacts of the injuries that the accident caused. 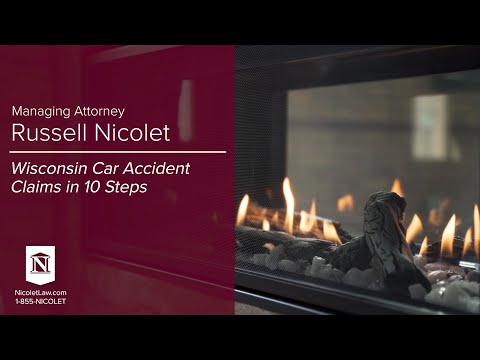 Liability is legal responsibility for the accident. To obtain compensation for your injury through the claims process, you must show that someone else was liable.You show liability by proving:

The Damages You Can Recover

Common examples of the type of impacts that appear on non-economic damage claims include:

Experienced car accident attorneys understand that, in an instant, a reckless driver can destroy lives. These lawyers are devoted to helping the innocent victims of this type of accident obtain the compensation they deserve for the damage that has been done by irresponsible drivers.Car accident attorneys offer two important services to ensure all individuals injured by someone else’s careless and reckless behavior have access to the legal help they need:

If you were injured by a negligent or reckless driver, you deserve compensation. To learn about your legal options from a skilled car accident attorney, call us toll-free at 1-855-NICOLET. You can also contact our law firm online. We have diligent lawyers ready to help you with your injury case today. If you are too injured to travel, we can make arrangements to come to you.

10 Things to Do After a Wisconsin Drunk Driving Accident
What Is Reckless Driving?
Who Is Liable in a Side-By-Side Accident?
​Why Do Premature Babies Get NEC?
How Much Is the NEC Lawsuit Worth?

10 Things to Do After a Wisconsin Drunk Driving Accident

If you were injured by a negligent or reckless driver, you deserve compensation. To learn about your legal options from a skilled car accident attorney.
Read the blog

Who Is Liable in a Side-By-Side Accident?

Side-by-sides make it easy to cruise through the hills, over trails, enjoy a faster pace than walking, and explore areas […]
Read the blog

​Why Do Premature Babies Get NEC?

An NEC diagnosis can prove incredibly devastating for the parents of premature infants. These infants often start with lower birth […]
Read the blog